Backstage: a success story of the WDSF World Championship Standard 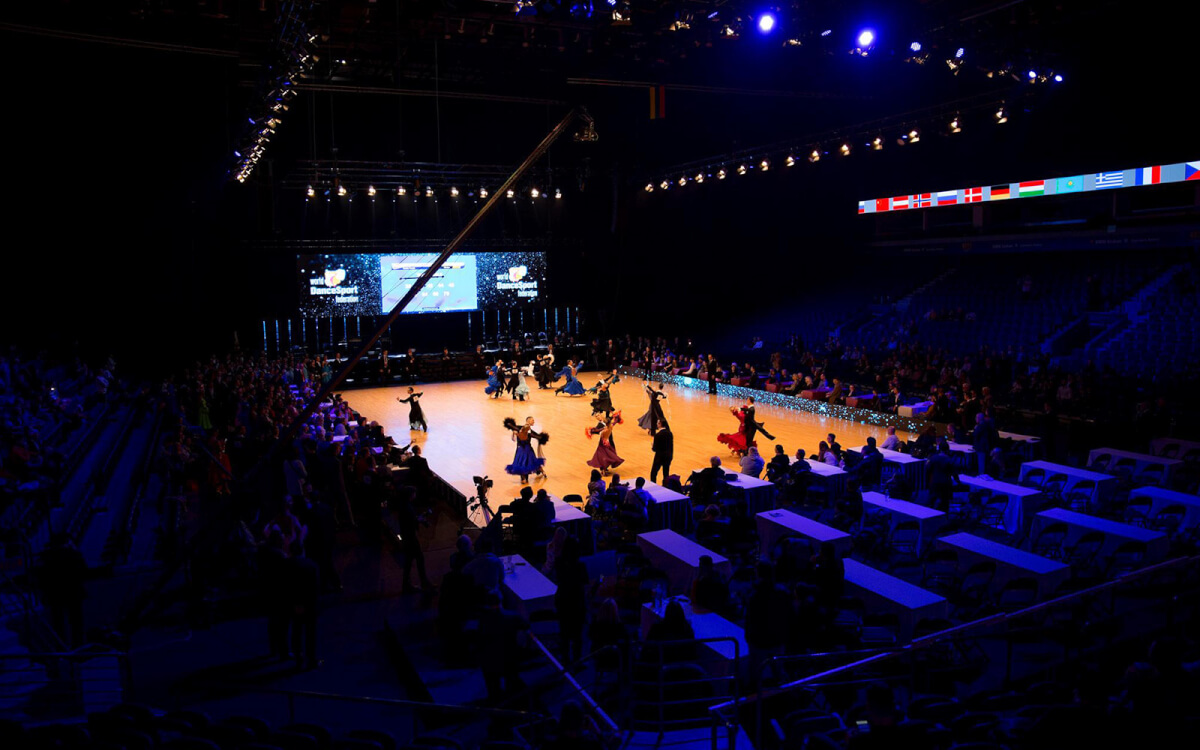 At the end of last year, Lithuania was granted the honour of hosting the WDSF World Championship Standard for the third time. Also for the third time this event was held in Vilnius Siemens arena (by the way, in 2004 the same event marked the opening of this arena which is the biggest one in the Lithuanian capital). And for the third time this event was a great success in every sense: the Lithuanian couple Evaldas Sodeika and Ieva Žukauskaitė-Sodeikienė won gold and the world champions’ title in front of a sold-out arena. How was it possible to bring full arena for an event which in previous years attracted only about 1,500 spectators?

We looked for an answer from Backstage, an event strategy agency that had offered, created and, in collaboration with the Lithuanian Dance Sport Federation, implemented an ad and communication campaign for the event. “We offered to the event’s organisers a full package of ad services: from communication strategy development and implementation, digital and outdoor advertising, to video and audio material design and production,” explained Backstage’s CMO Živilė Koncevičienė, happy that the implemented solutions had proven to be effective.

As one of the crucial aspects that strongly contributed to the event’s success, the Backstage’s team mentioned the involvement of the two dance couples who had represented Lithuania – already mentioned Sodeika and Žukauskaitė-Sodeikienė as well as Vaidotas Lacitis and Veronika Golodneva-Lacitienė – and their active participation in the communication and ad campaigns. Another key factor contributing to the communication success was active involvement of the event’s organisers. Every event has something unique about it and no advertising agency can feel that uniqueness to the extent that the organiser can. Dance sport championship, like other sporting events, is a very special show. Naturally, we didn’t know many subtle nuances of it. Therefore, we collaborated with the event’s organiser very closely to capture every single win and other details important to its audience, while the organiser completely trusted us in deciding on how to sell this to the audience. In short, both sides used their strongest qualities.

“We worked with the dancers of the Championship Standard from the very moment the event was announced. We filmed them for promotional videos, took interviews, initiated the dancers’ participation in TV shows, invited the media to an open dance training session just before the event. We tried to spread the word about the event as far as possible, aiming for different audiences and going to different media channels: from the national broadcaster to niche magazines for parents raising little children, for women, etc.

A key factor was that the content for each channel was carefully selected and adapted to that particular audience. For example, if we promote the Championship Standard in a magazine that covers the topics of raising children, then we select a known and respected person who raises kids him/herself and discuss with him/her the benefit of dancing for children instead of bombarding the readers with unrelated irrelevant content,” Koncevičienė explains.

Also, during the event communication period, the Lithuanian dance couples actively participated in other international competitions where they achieved the highest results – which we also tried to communicate and thus increase people’s interest in both the dancers and the dance sport in general. Society always loves and adores winners.

“Of course, good performance of the dancers and the real possibility of them fighting for the Championship Standard’s highest awards, as well as event’s communication by a word of mouth and their stories, always attract more attention, higher engagement, providing with more communication opportunities,” said the CMO.

It’s not a secret that this year the general interest in dance has been on the rise. This is a result of several dance projects on TV. In one of them we managed to perfectly integrate the dance sport championship ads. Such advertising is organic and aimed at a very targeted audience, which is what we are looking for when promoting any event.

“The implemented campaign can be considered a great success: this championship was record-breaking in terms of attendance, and the triumph of the Lithuanian dancers was a cherry on the top. Although we did not directly contribute to the latter achievement, it is fun to finish the event on such a positive note,” happily said Koncevičienė.

The Backstage team carried out the promotion of the Championship Standard 2019 in a professional manner – in terms of both generating and implementing ideas. To implement the entire concept, they offered us qualified professionals coordinated by a project manager. We could completely rely on the team to present us with the final version, discussed and improved before hand. In fact, our trust and expectations were greatly exceeded: we could choose from alternative options, the team went a few extra miles, and communication with them was always professional and pleasant. We are sincerely grateful to them for all the hard work,” Lithuanian Dance Sport Federation’s Vice President Virginijus Visockas expressed his joy after the championship.